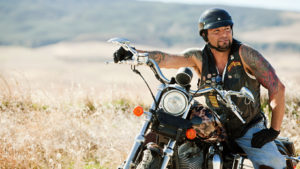 While many things have changed over the years, some unfortunate stereotypes exist about motorcycle riders even though the number of deadly motorcycle crashes in South Carolina is on the rise. Many people view motorcyclists as more dangerous or reckless than other vehicle operators. Following motorcycle crashes, this means that judges and juries, as well as police officers, often allow their bias to convince them that a motorcyclist is at least partially responsible for a crash. If you’re the victim of a motorcycle crash, it’s important to think about the bias against which you might be subject. Our experienced attorneys understand this bias and are prepared to fight for the results you deserve.

What Bias Against Motorcyclists Means

A variety of biases are held by countless people against motorcyclists. These stereotypes are more than incorrect, they make it nearly impossible for motorcyclists to obtain compensation after accidents occur. While it’s important for any crash victims to obtain compensation, motorcyclists are often seriously injured in accidents. Perhaps the most common type of bias held against motorcyclists is that they are always responsible for a crash. This bias might exist because a large number of people simply do not like motorcyclists and think that people who ride these vehicles are either gang members or have a criminal background. Even law enforcement can, unfortunately, fall victim to motorcycle bias. Many law enforcement officers who arrive at a crash scene assume that any motorcyclist who is involved in the accident played some role in causing it.

If you or a loved one has been involved in a motorcycle crash, obtaining the maximum amount of compensation can be next to impossible without the help of a skilled attorney. You will need the strongest attorney possible to navigate these stereotypes. A clean record can prove a powerful tool in refuting arguments that you were not responsible for causing the motorcycle crash. You might even decide to purchase a helmet equipped with a camera. This way, in case you are ever in a crash, you can utilize the footage to validate your claim. If you do not wear a helmet when you ride, you might consider purchasing one. Helmets not only help to keep riders safe but also can help to eliminate an insurance carrier’s argument that you are only injured because you were not wearing a helmet.

If you or a loved one is involved in a motorcycle crash, it’s a good idea to promptly seek medical care and remain cautious about what you say to the insurance carrier. Given that an insurance carrier will likely already be biased against you, it’s critical to avoid saying something that can be used against you. Even if you are partially responsible for the motorcycle crash, you should review matters with your lawyer who can assess whether or not you played a role in causing the crash.

When motorcycle crashes occur, victims are often left feeling overwhelmed and uncertain about what they can do to obtain compensation. If you or a loved one is involved in a motorcycle crash, you should not hesitate to speak with a knowledgeable lawyer. Contact Wilkerson, Jones & Wilkerson today by calling (803) 324 – 7200 to schedule a free case evaluation.